The first step is to first get out to all the libraries, as the ports the image is a bit locked down.  At the top, click on Devices, Network, Network Settings.  Add a check mark for “Cable Connected” and then click on the “Port Forwarding” settings.  Update the settings to reflect what I have for the open ports, (remember, this is Oracle Virtualbox… :)) 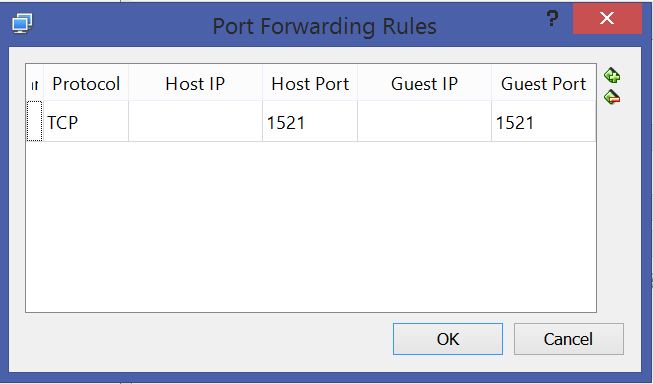 Once you’ve updated the Host and Guest Port, click OK.

As I want to stay with Python 3 as much as possible, we’re going to install it with our Vbox image with the Python 3 build.  Let’s start by installing:

Choose “Y” for both questions and proceed with the installation.  There are a lot of files here, (over 500) so it will take just a few minutes to install everything.  Now, we need to run the clone step:

Once this complete, which is just a matter of seconds, again, choosing “Y” for the questions, we need to build the dependencies after we download those:

You shouldn’t run into any failures at this step, as I didn’t with my own image.  If you do, you can go back to the first step and instead run:

If all is successful at this point, then it’s time to build and install:

Now we need the Alsa Sound Library that isn’t in this image.  These are called by the Pygame module and come by default on Raspberry Pi, but yep, not here! You can check first to verify that they aren’t there, (if you’re curious…):

Now run the install with the following command:

Now you’re ready to code Pygame games on your Virtualbox image of the Raspberry Pi! 🙂

When I used to put little men on my fingernails... :)

New Dances with Winnebagos- I was able to blog about San Diego and Palm Springs! http://danceswithwinnebagos.com/2020/02/19/desert-springs-non-coachella/

I love @WholeFoods , but their gluten free prairie bread has no flavor... :(

Ok, so ⁦@sproutsfm⁩ tomato chips are a thing and they are amazing! :)

I’m going to test out compression packing cubes next week on my trip... I’ll let you know how it goes and if they’re worth it!