For those of you that downloaded and are starting to work with Delphix Express, (because you’re the cool kids… :)) You may have noticed that there is an Express Edition Oracle 11g database out there you could use as a Dsource, (source database for Delphix to clone and virtualize…)

If you’d like to work with this free version with your Delphix Express environment, these are the steps that I performed to allow me to utilize it.  My setup is as follows:

Although we start the environment from the Delphix Engine VM, the Target VM contains the discovery scripts/configuration files and the Dsource VM has the 11g XE environment we wish to add.

Configure and Start the Dsource

Log into a terminal session to your DSource VM.  You can login as the delphix user, (default password is delphix) and then ‘su’ over to the oracle user.  You now need to check to see if the XE environment is running:

If the database is up and running, you’re done over here on you’re Dsource, but if it isn’t, then you need to start it.

First, you’ll need to set the environment, which is just standard for any database administrator:

Check each of the environment settings for the following:

Once these check out as set to those, you should be able to start the database without any errors, (if you followed my last post, you set it up to configure it as part of the setup.

Now, by default, these aren’t configured as Dsource or Targets to deter the Dsource and Target VMs from consuming too much space by default.  Needless to say, you’ll need to tell the Delphix engine that it’s alright now to use them.

Open up a terminal to the Target for your Delphix Express and get the IP Address:

Take this address and type it into a web browser window and add the port to it:

The the landshark configuration file will come up and you’ll need to check the following to ensure they are set to true:

We need to tell the Delphix discovery script that we want to enable the Dsources, (Source VM) and VDBs, (Target VM) to configure/discovery and then which ones we will be working with, (the oracle_xe, which is the XEXE database we checked out on the Dsource VM.)

Remember to submit your changes before existing out of the configuration, otherwise you’ll just have to do it all over again and you know how much I hate it when anyone does things more than once! 🙂

Return to the terminal window for the Target VM.  Check and see if any setup scripts are attempting to run:

Run the setup to configure the new Dsources and VDBs to your Delphix Express environment as the delphix OS user on the Target VM:

You’ll note that some of the configuration was completed previously and skipped, but that there’s also some additions to your environment now that you’ve requested these areas be configured.  It doesn’t take a long time, (note the time in the output from the landshark_setup.log):

And by Grabthar’s hammer, you’ll have those Dsources now in your Delphix Express environment to work with: 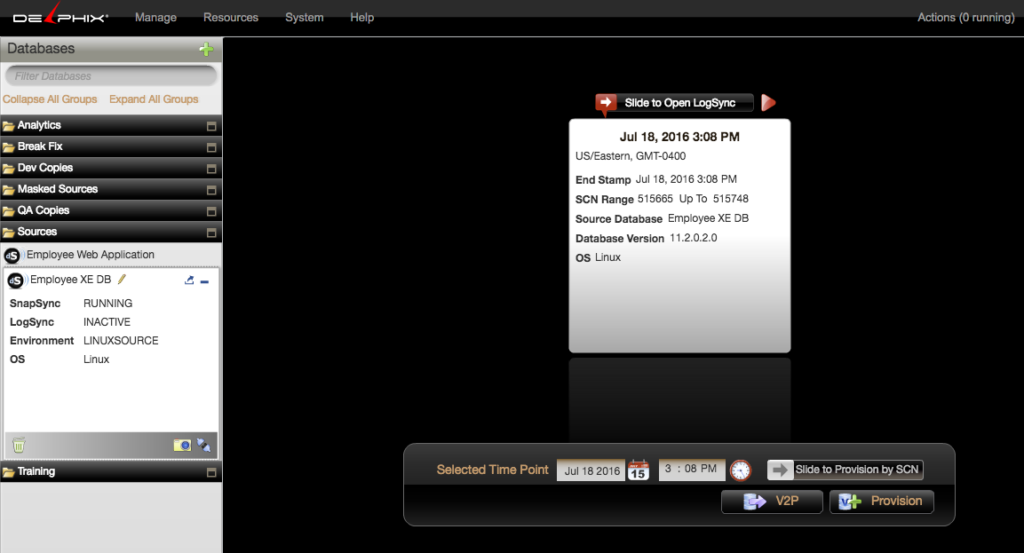 Next post I’ll talk more about the actual cloning and VDBs- I promise… 🙂  Have a good week!

I'm trying to catch up and be a good blogger... I even blogged out here today! #OracleonAzure https://techcommunity.microsoft.com/t5/data-architecture-blog/bg-p/DataArchitectureBlog Thank you for being patient with me, @BuckWoodyMSFT

Report reveals the 10 best countries for kids to grow up in now https://flip.it/wbQ0si

Retro DBAKevlar! The Problem with the Automated Statistics Gathering https://dbakevlar.com/2010/11/the-problem-with-the-automated-statistics-gathering-2/

Best Buy has a Raspberry Pi 4 starter bundle down to just $55, today only https://flip.it/YNwXAu