Delphix Express offers a virtual environment to work with all the cool features like data virtualization and data masking on just a workstation or even a laptop.  The product has an immense offering, so no matter how hard Kyle, Adam and the other folks worked on this labor of love, there’s bound to be some manual configurations that are required to ensure you get the most from the product.  This is where I thought I’d help and offer a virtual hug to go along with the virtual images…:)

If you’re already set on installing and working<– (Link here!!) with Delphix Express, you will find the following Vimeo videos- importing the VMs and configuring Delphix Express quite helpful. Adam Bowen did a great job with these videos to get you started, but below, I’ll go through some technical details a bit deeper to give folks added arsenal in case they’ve missed a step or challenged just starting out with VMWare.

Note- Delphix Express requires VMWare Fusion, which you can download after purchasing a license, ($79.99) but well worth the investment.

Different laptops/workstations have different amounts of memory, CPU and space available.  Memory is the most common constraint with today’s pc.  Although the VMs are configured for optimal performance, the target and source environments can have the memory trimmed to 2Gb each and still perform when resources are constrained.

The VM must be shut down for this configuration change to be implemented.  After stopping or before starting the VM, click on Virtual Machine, Settings.  Click on Processors and Memory and then you can configure the memory usage via a slider option as seen below: 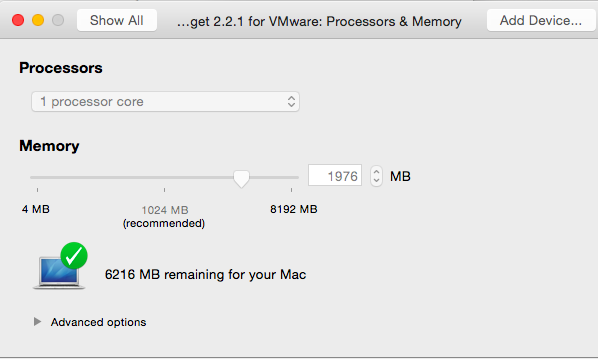 Move the slider to under 2G for the VM in question and then close the configuration window and start the VM.  Perform this for each VM, (the Delphix Engine VM should already be at 2Gb.)

Issue- Population of sources and targets is empty after successful configuration.

After starting the target and source VMs, a UI interface with command line is opened and you can login right from the VMWare.  Virtualbox would require a terminal opened to the desktop, but either way, you can get to the command line interface in such a way without using Putty or another desktop terminal from your workstation.

On the target VM command line, login as the delphix user.  The target VM has a python script that runs in the background upon startup that checks for a delphix engine once every minute and if it locates one, will run the configuration.  You can view this running in the cron:

If the configuration is having issues locating the Delphix engine, it will show in this log file.  Once confirmed, then we have a couple steps to check:

VMWare issue with the one of the virtual machines not visible to another.  Each VM needs to be able to communicate and interact with each other.  When importing in each VM, the ability for the VM to be “host aware” with the Mac may not have occurred.  If you the delphix engine VM isn’t viewable to the target or the source, you can check the log and then verify in the following way. 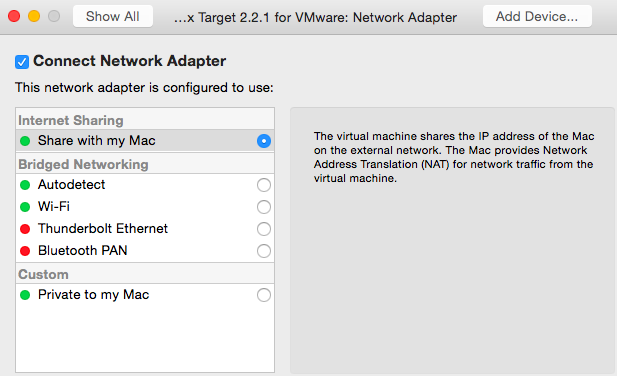 Verify that this is configured for EACH of the three virtual machines involved.  If this hasn’t corrected and the configuration doesn’t populate the virtual environments in the Delphix interface, then it’s time to look at the configuration for the target machine.

While SSH connected to the target machine, type in the following:

Use the IP address shown, (inet address) and open a browser on your PC, adding the port used for the target configuration file, (port 8000 by default):

You should be shown the configuration file for your target server that is used to run the delphix engine configuration.  There are options to update the values for different parameters.  The you should focus on are:

linux_source_ip= make sure this matches the source VM’s ip address when you type in “ifconfig”.

engine_password= should match the password that you updated your delphix_admin to when you went through the configuration.  Update it to match if it doesn’t, as I’ve seen some folks not set it to “landshark” as demonstrated in the videos, so of course, the setup will fail when the file doesn’t match the password set by the user.

oracle_xe = If you set Oracle_xe to true, then don’t set the 11g or 12c to true.  To conserver workstation resources,  choose only one database type.

Once you’re made all the changes you want to the page, click on Submit Changes.

You need to run the reconfiguration manually now.  Remember, this runs in the background each minute, but when it does that, you can’t see what’s going on, so I recommend killing the running process and running it manually.

Manual Runs of the Landshark Setup

From the target host, type in the following:

Check for any running processes, just to be safe:

Once you’ve confirmed that none are running, let’s run the script manually from the delphix user home:

Verify that the configuration runs, monitoring as it steps through each step: 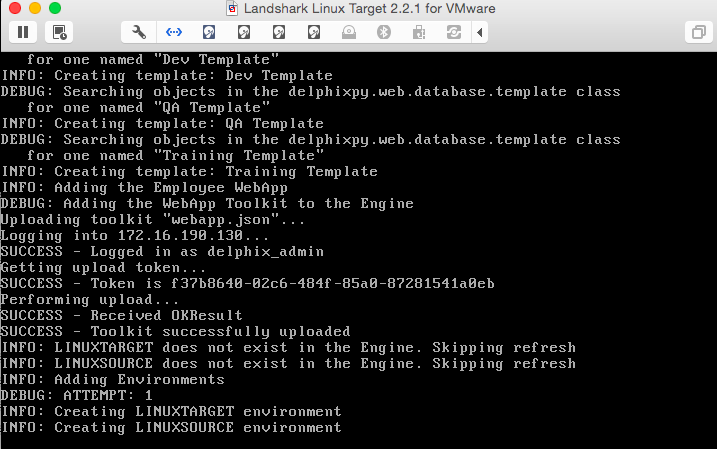 This is the first time you’re performed these steps, so expect a refresh won’t be performed, but a creation will.  You should now see the left panel of your Delphix Engine UI populated: 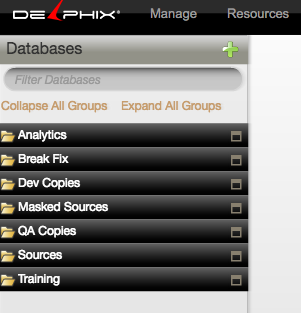 If you want to see more about Delphix Express, check the following links from Kyle Hailey or our very own Oracle Alchemist guy, Steve Karam….:)

I find I have little patience for those that when offered solutions, only provide excuses or reasons not to proceed. Can’t evolve or refuse to grow- get out of my way. If you want to solve a problem, then I’m here for it, but don’t waste my time- ever.

W/Rte supremacists rather kill us dead in the streets to end the protests than fight the actual corrupt government bc they believe they are exempt. Baby, you’re not exempt. You’re next.

So where are all the milita that said 2A was necessary to defend against martial law?

Martial law is here.
Where are you? Oh, I see. Standing by and watching police murder your neighbors. Got it.

Told my daughter the hair stylist, “shaved me own head again. You can’t stop me, I’m a rebel, just like when you were 3 and cut your own bangs.” My revenge is complete.

When a distillery, a whiskey and @TheHybridDBA all like your recent tweets, it may be a sign that DBA has become an acronym for “Diabolical Booze Acceleration”. :)