The support of Women in Technology at Oracle is a fine line and a careful argument. I receive between 20-30 communications in any week on the topic and I think the challenge as I speak to people is the importance of education over persecution. I’m at DOAG, (Deutschland Oracle User Group) conference this week and it’s common for someone to ask to speak to me on the topic of WIT. These valuable conversations have lead to deep reflection of what it means to offer support and how we can improve diversity in the Oracle community….then again, it may just be the jet lag talking… 😊 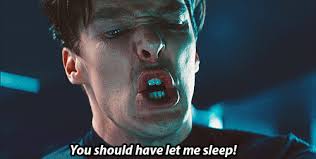 Moving the needle forward in educating people on the small details that create the “death by a thousand pin pricks” that consistently cost us women in technology and impact women’s contributions to the community/industry often consists of very different answers than one would expect. I think its easy to look for a silver bullet. One of those bullets is the WIT luncheon and the idea that you will solve the real problems by just serving some food. The truth is, these events should simply be a celebration of women in tech, not thought of as a resolution for cultural bias that continues to haunt us.

When any community doesn’t receive the full productivity of 50% or more of it’s contributors, there is going to be a cost and the technical industry feels this pain regularly. The only way to resolve it is to find solutions that require the full technical contribution of everyone involved.
To demonstrate how assumptions/perceptions can lead us down a rabbit hole, I’m going to focus on two scenarios that I believe are excellent examples from the Oracle community on how two situations can appear to be similar and are actually very different:
Scenario One has a conference with a group of women who are hired to escort and ensure the attendees are entertained at the event. The event location has a culture where women aren’t often technical and being a highly patriarchal society, the women spend significant time dancing late into the night, with none of these women onsite to attend technical sessions or to present. There are consistent whispered conversations about the inappropriateness of the women at the event, along with some public jokes that highlight how inappropriate the women are at a professional event, but also serve to alienate those offended by this cultural dinosaur further.
Scenario Two has a conference, contains a number of women speakers and all of the speakers are escorted to and from the stage by two women who are representing the essence of Oracle- the Greek representation- Oracle is female, her job is to facilitate knowledge. There are some attendees who are only viewing these women as escorts to the speakers and questioned why was this a viable in the modern age of technical conferences. Is this not a cultural dinosaur like Scenario One?
What is the difference between these two events?

Its essential that before we react, we discuss and understand each perspective and what is experienced by those organizing as well as attending. There is an importance on accepting cultural differences, but also know that those who step out of the crowd to initiate change have a hope for a better future.  We often accept culture and may still understand the demands that are on the organizers to have a successful event, but know they’ve made concessions to the majority.
The most important part of the conversation is the discussion. Learning from everyone involved and to continue to have a goal of education over persecution should be the highest priority for everyone.

In Scenario One, the women aren’t there contributing to the technical aspect of the event. They are only there based on their physical appearance and there is an expectation of little contribution outside of this where the women are concerned. I’ve presented at this event and it was an overall cultural scenario. I was uncomfortable when I walked around the venue and it was the same experience no matter if I was in the presence of attendees or guests of the venue outside of the event. This also  lets one know that it’s overall culture and not isolated to the event.
In Scenario Two, the speakers were escorted to the podium by two women, but there is an important and unknown reason behind why women were the ones escorting all the speakers.  It wasn’t that there weren’t women speakers or attendees, but historical relevance. Only women were recognized as true  “Oracles” and it was a sign of respect back to the origins of the “Oracle” mythology.

Beginning of the Fix

What can be done to initiate change for the future?
1. Create a Code of Conduct. An event should adopt and expectation of how those representing the event and in attendance are to conduct themselves. If you want to grow and be part of the larger world, then the event has to grow beyond the local culture. The code of conduct should be present on the back of badges, the registration and event site. Setting an expectation of the level of respect to all involved at the event serves both those that are subject to less respect and helps those that might violate this to grow.
2. Invite women to submit abstracts and to attend. Men and women are raised differently and due to this, women often underestimate their value to an event, both in contributions and attendance. Let them know that they are wanted at the event. It doesn’t mean having a quota, but do have a goal of a certain percentage of women speakers with a goal to increase that yearly. You will find the more women that speak, are interviewed and are SEEN, the more women that will attend. Offer mentorship to new speakers, get more women involved and find women who can lead mentoring efforts going forward. If we can’t see it, we can’t be it.
3. Educate- If you have a situation that can be misunderstood and isn’t a cultural or bias limitation, publish it to the event site. Market why you do what you do so others can champion your cause. If you are a white dude and want to say there isn’t anything wrong with having “eye candy” at an event, sorry, but you are part of the problem. If you’re a woman saying that its alright when someone says its not a problem to have women contributing to a technical conference with their physical appearance and not their technical contributions, you’re also part of the problem. We should all be part of the solution and that doesn’t mean persecution, but realize, if you limit how women contribute at an event, enlightened folks will contribute their time elsewhere and the event will suffer in the end.

I'm trying to catch up and be a good blogger... I even blogged out here today! #OracleonAzure https://techcommunity.microsoft.com/t5/data-architecture-blog/bg-p/DataArchitectureBlog Thank you for being patient with me, @BuckWoodyMSFT

Report reveals the 10 best countries for kids to grow up in now https://flip.it/wbQ0si

Retro DBAKevlar! The Problem with the Automated Statistics Gathering https://dbakevlar.com/2010/11/the-problem-with-the-automated-statistics-gathering-2/

Best Buy has a Raspberry Pi 4 starter bundle down to just $55, today only https://flip.it/YNwXAu